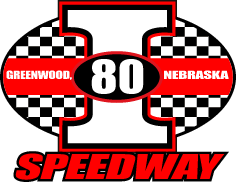 In 2001, the track was purchased and renamed Nebraska Raceway Park. In 2004, Land Developers Inc. purchased the track, and is the present owner. In August 2004, Little Sunset Speedway, a 1/8th mile karting facility was added behind the main grandstand of the speedway.

In the spring of 2005, the Soaring Edge Motocross facility was open but was closed in 2009. The 4/10ths mile track was renamed I-80 Speedway and the entire facility was renamed Nebraska Raceway Park in 2005. In 2011, Little Sunset Speedway was enlarged with a wider racing surface and higher banking to accommodate Mini Sprints in addition to go-karts.

During its history, I-80 Speedway has played host to a number of touring series including the ARCA series, ASCS Sprint Cars, ASCS Sprint Bandits Tour N’Topless, Busch All Star Tour, Hav-A-Tampa, MARS, MLRA, National Sprint League, NCRA, Nebraska 360 Sprints, TORA, UMP Summer Nationals, USAC, USMTS, WDRL and Woo Sprints. Many of these series compete in annual events such as the Spring Meltdown, the Midwest Fall Brawl and the Cornhusker Classic. It is also home base to the Malvern Bank Super Late Models (SLMR), an area Super Late Model Series.