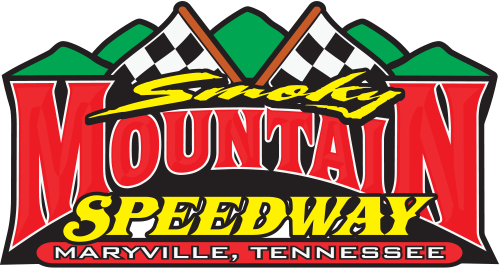 Personal Coolers
only in the tier parking only

Credit Card Use
None

Camping Cost
$20 in tier. All other Camping is FREE

The Newport, TN driver’s familiarity with his home state track paid off Friday, as he dominated the Smoky Mountain Showdown for his first World of Outlaws CASE Construction Equipment Series victory of 2022.

While Owens led the entire race, his triumph didn’t come easy. The “Newport Nightmare” fought handling issues throughout the race and survived many restarts.

However, Owens said those restarts helped him as his car got tighter on long green flag runs.

The handling of his car wasn’t the only challenge Owens faced, as Hudson O’Neal was a car length away from his spoiler with 10 laps to go.

Owens got loose coming in Turn 4 when two lap cars were racing in front of him, allowing O’Neal driver to close on the back of his car.

However, that was as close as O’Neal would get. Something broke on his right rear wheel, spoiling his chances at the $10,000 prize and relegating him to a 15th place finish.

From there, it was smooth sailing for Owens despite his worries of someone passing him in the track’s bottom groove.

“The bottom looked so good down there, and I figured somebody was going to be coming before too long,” Owens said. “I think my guy was telling me the 22 (of Chris Ferguson) was running on the bottom, and I was just waiting on that to come in, and luckily things played out in our favor.

“I was able to hang on and had a good car all night.”

“Fergy” fell back outside the top five before charging to second in the race’s closing laps.

“The top was so fast tonight it was going to be tough to beat that momentum,” Ferguson said. “I’m tickled to run second here. I’ve been running really good here for a long, long time and haven’t won here in a while.

“Running second to Jimmy’s not bad. I tried mounting a charge with five to go and stuck it in the fence in (Turns) 1 and 2.”

Max Blair, the Rookie of the Race, finished third.

The Centerville, PA driver picked his spots on the track, working his way through the field and into a spot on the podium.

Blair stated one of the reasons he’s been successful on red clay this season is because of how much it reminds him of home.

“I think it just races like some of the places we’ve got at home, honestly,” Blair said. “We changed a whole bunch of stuff this week; we changed a whole bunch of stuff tonight. I think we freed up just a little too much. I couldn’t run the bottom as much as I geared up to. I was just a little bit too free, but man, it feels good to be back out here on the podium, and I hope we can keep a lot more of these rolling.”

He also gained on Tanner English, who finished seventh, in the race for Rookie of the Year—cutting the deficit to 76 points.

Ryan Gustin finished fifth, climbing back to the top five after being involved in an incident in Turns 3 and 4 on Lap 3.  It’s the Marshalltown, IA driver’s seventh top five of 2022.

UP NEXT: The Most Powerful Late Models on the Planet head to Lavonia Speedway in Lavonia, GA, for the Charlie Mize Memorial on Saturday, Sept. 3. 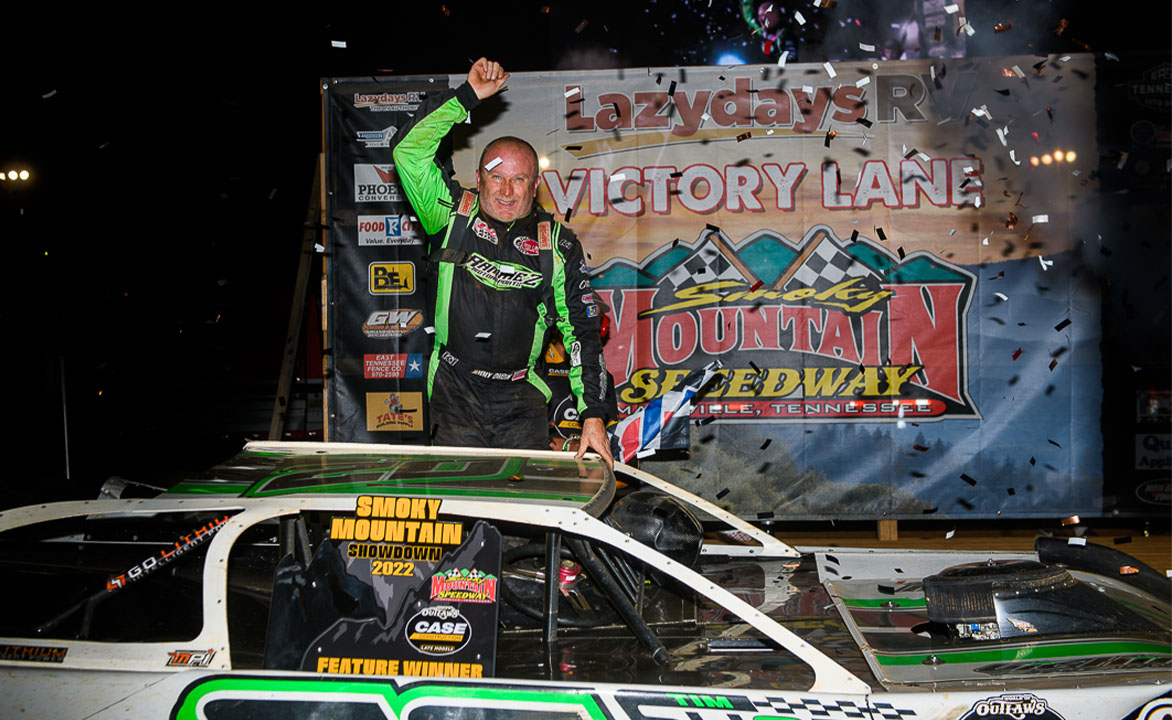 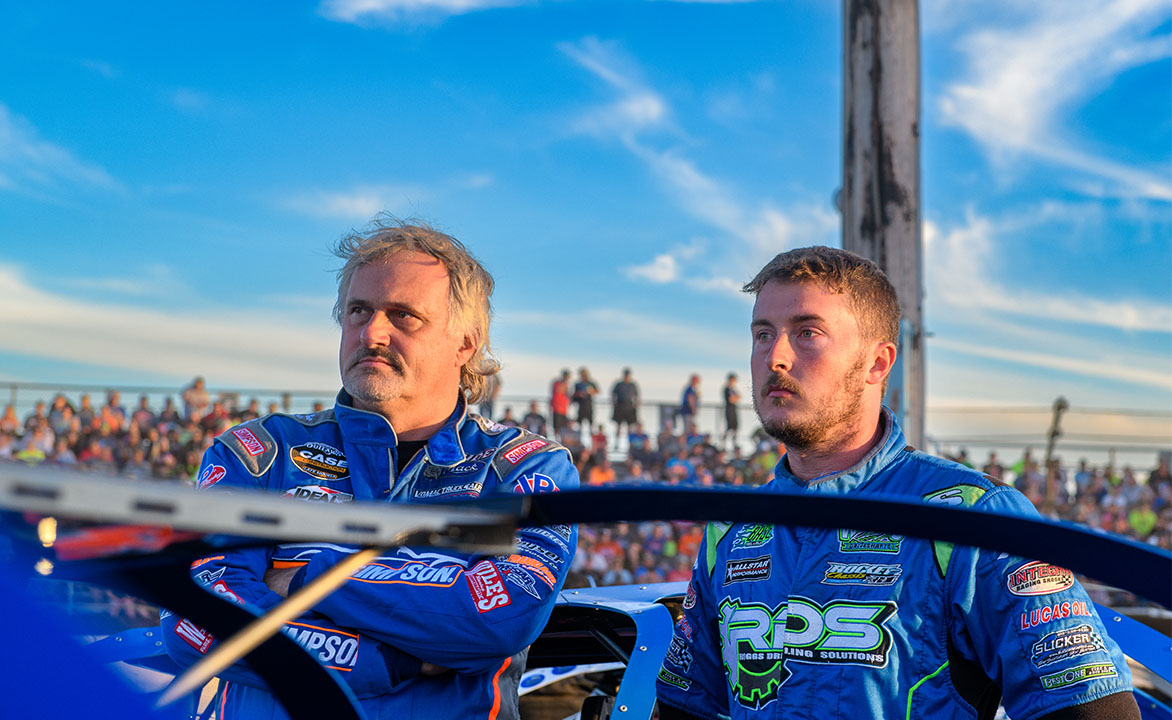 A DOZEN TO GO: Erb, English Battle for Championship on Road to World Finals 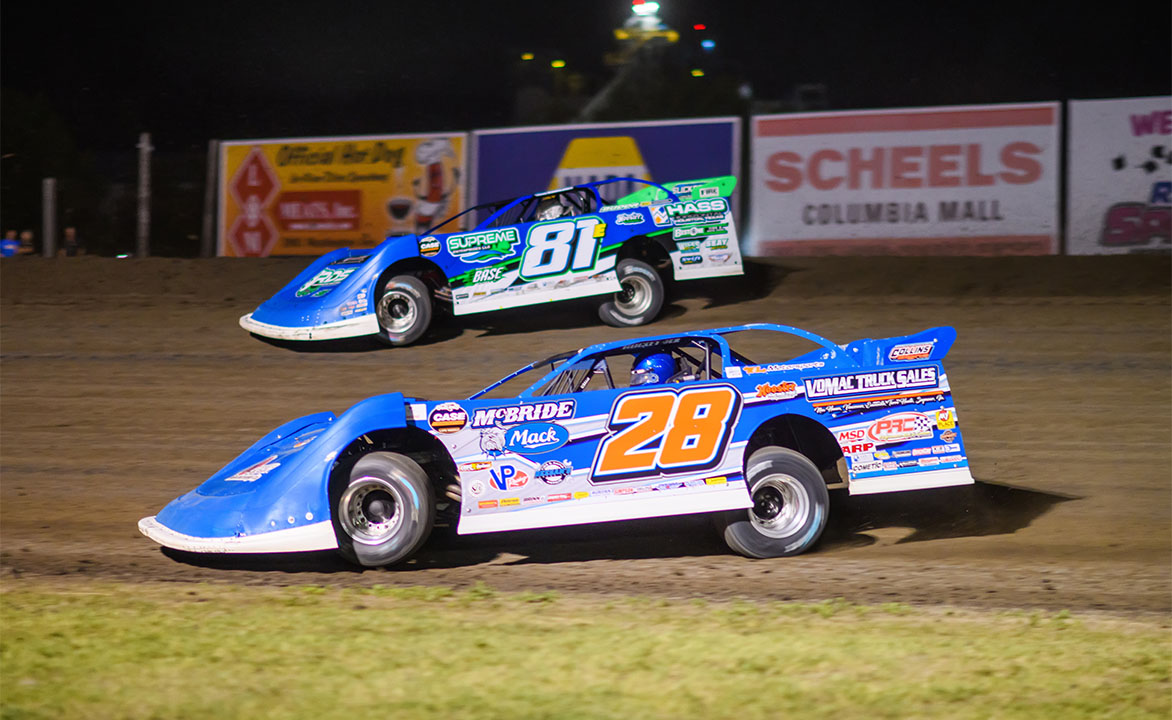 WHAT TO WATCH FOR: World of Outlaws Late Models Return to Tennessee, Georgia for Labor Day Weekend Doubleheader 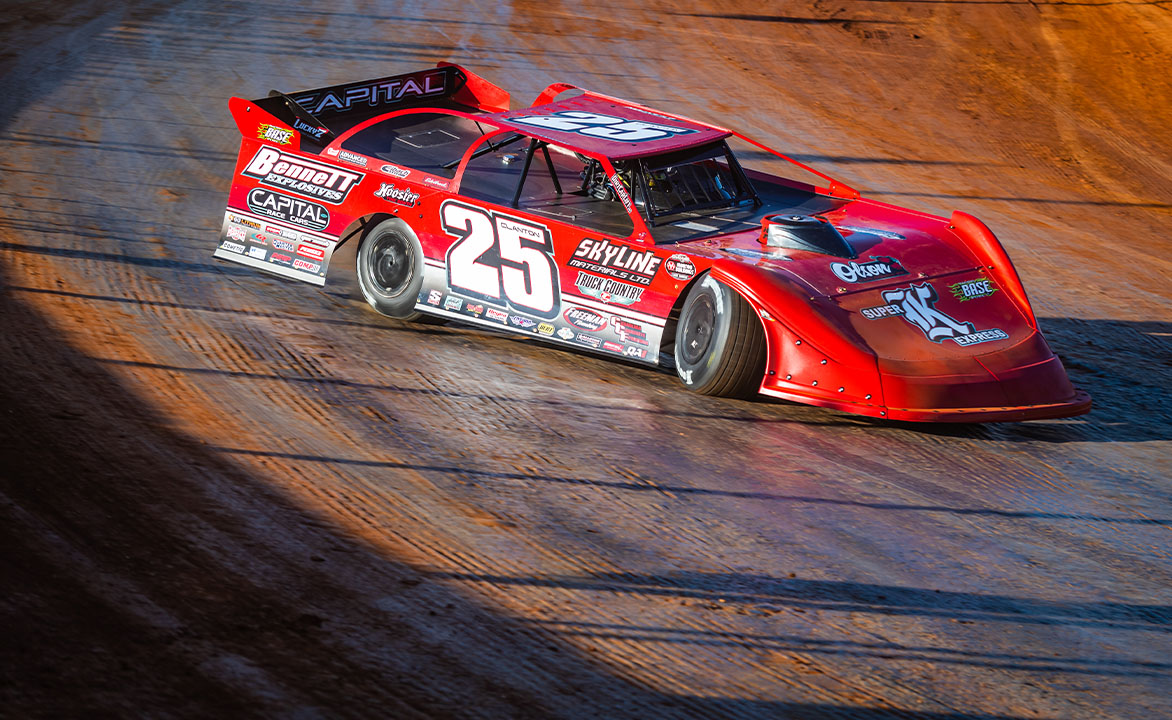 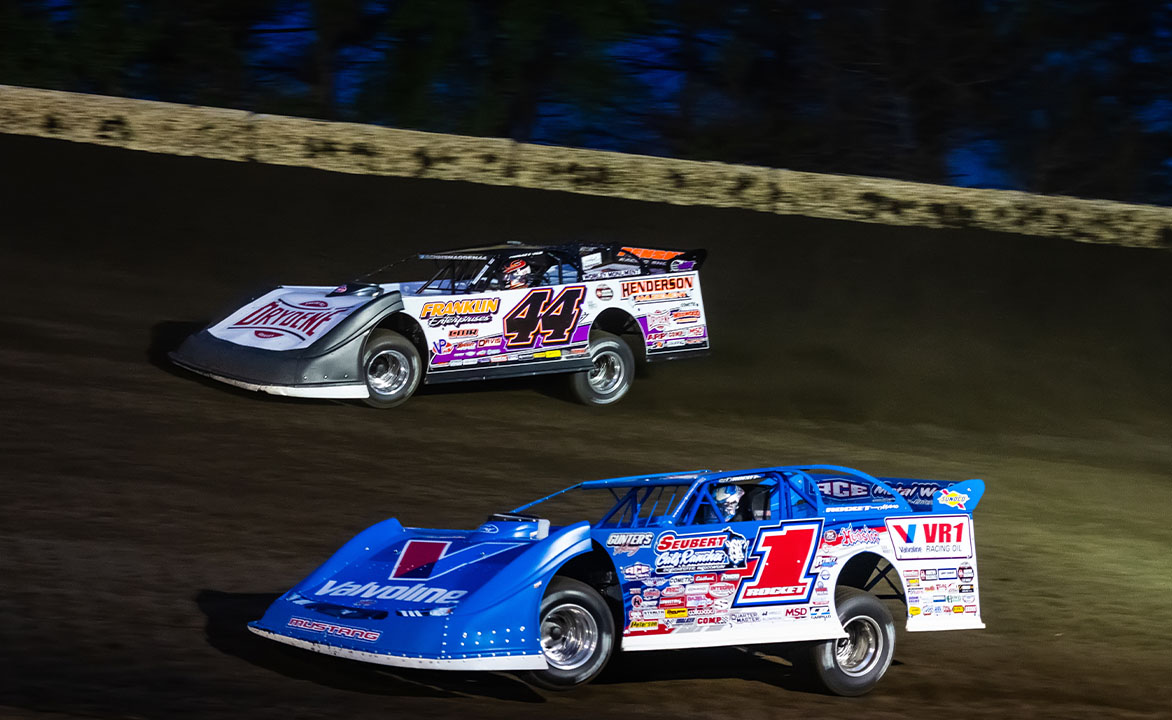 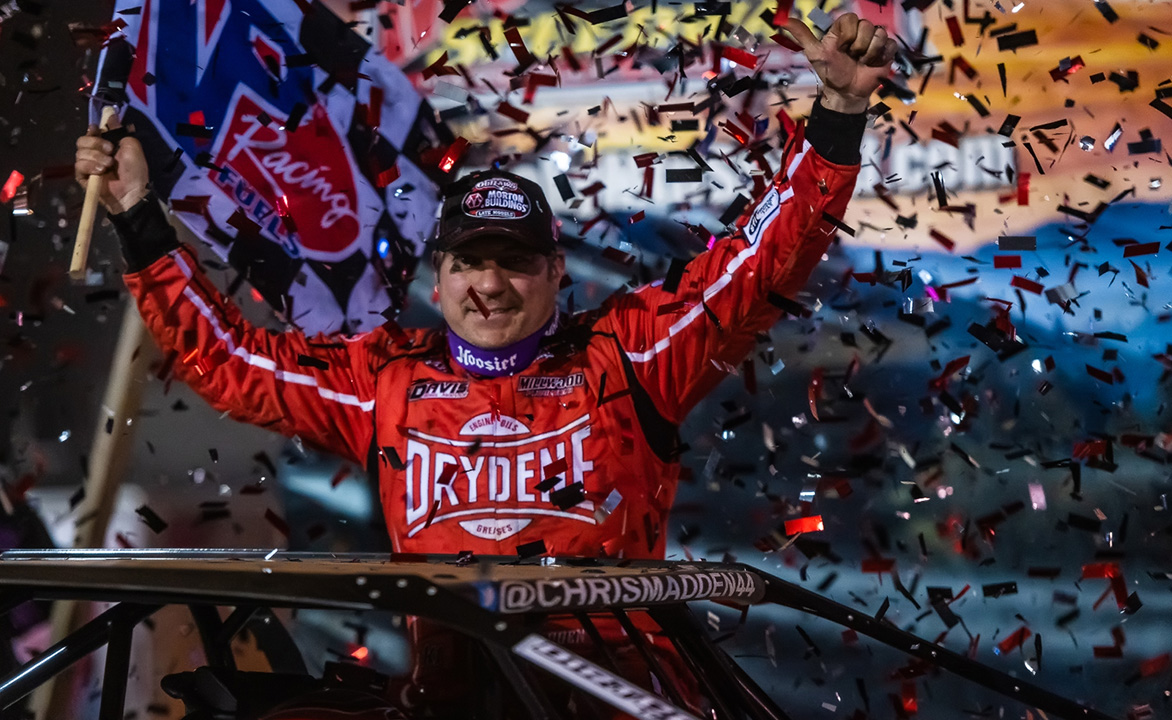 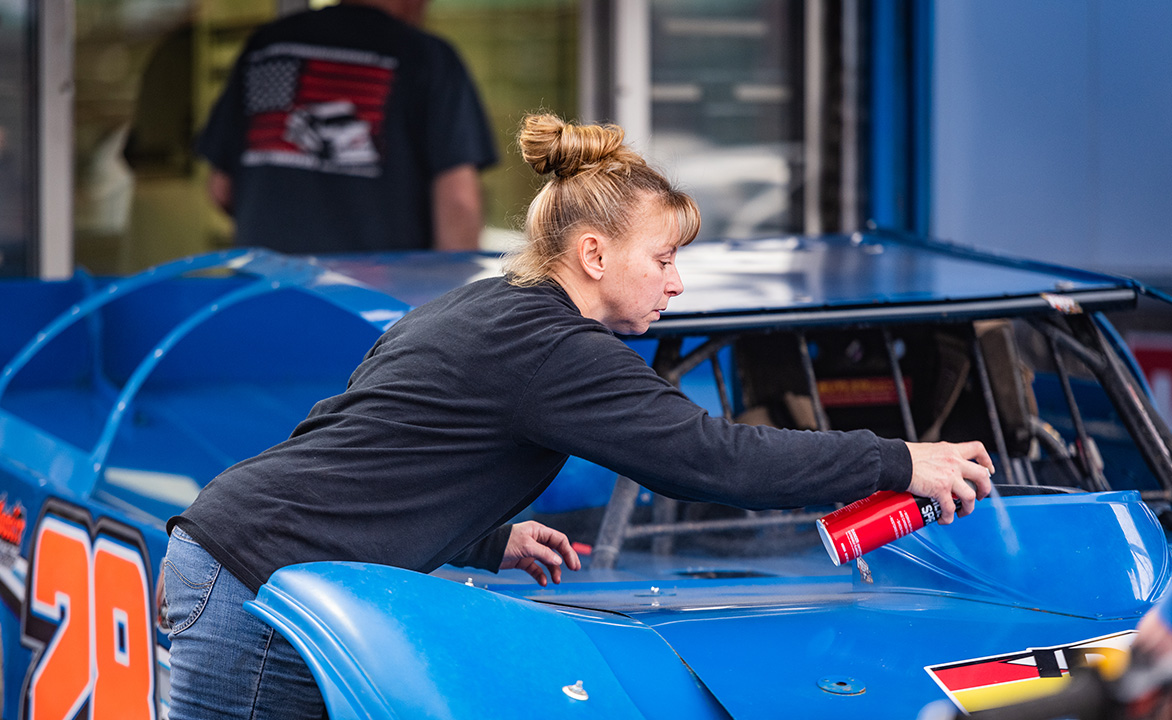