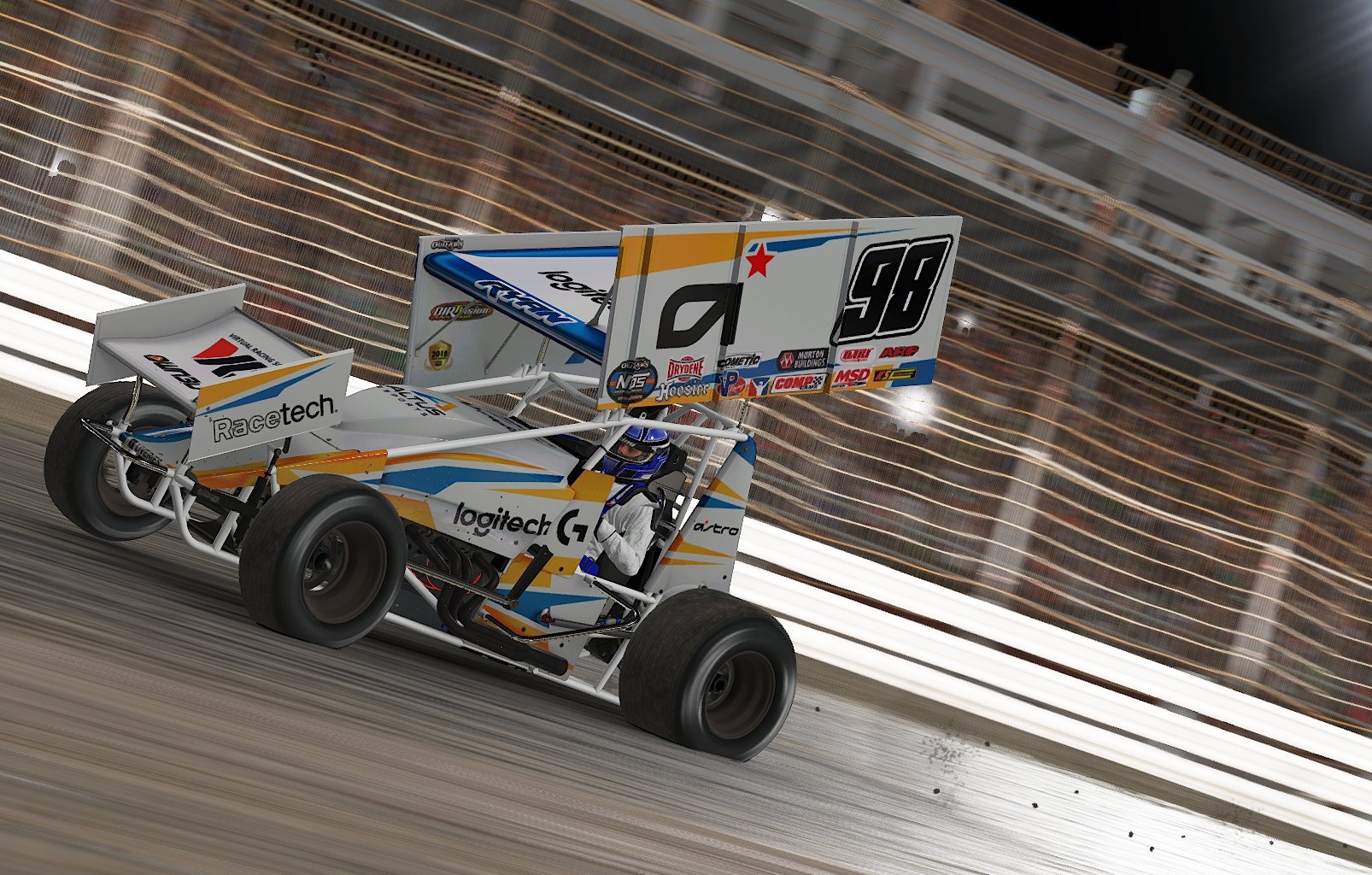 Logitech G Altus Esports’ Tim Ryan returned to the top step of the podium in the iRacing World of Outlaws NOS Energy Sprint Car World Championship for the first time in a year and a half on Monday night, taking the checkered flag at Knoxville Raceway in the second race of the season. Ryan extended a lead of more than a second to hold off Slick Simsport’s Hayden Cardwell, the 2020 iRacing World of Outlaws Late Model World Champion, and perennial frontrunner Kendal Tucker of Swindell Speedlab Esports.

“It feels awesome, obviously,” Ryan said after the victory. “I took the last year off so I felt a bit rusty in the first round, but tonight I was in control all night long. I’m sure as the season goes along, we’ll get stronger as we get to blow the cobwebs off.”

Ryan, Adam Elby, Tucker, and Cardwell won the four heat races, while JD Brown and John Battista took the two last chance qualifiers. From there, it was off to the 35-lap feature, which went green from flag to flag for the first time this season. Ryan never yielded the top spot during the main event, extending his lead to more than a second by race’s end.

Alex Bergeron, the two-time defending series champion and winner of last week’s opener at Volusia Speedway Park, climbed from eighth on the starting grid to fourth at race’s end. That sets up a tight points battle through the first two races of the season, with Cardwell on top thanks to back-to-back podium finishes, but Bergeron and Ryan tied for second, just one point behind.

The 2020-21 iRacing World of Outlaws NOS Energy Sprint Car World Championship season continues next week with a return to Fairbury American Legion Speedway. As always, the race can be streamed live on DirtVision on Monday at 9PM ET. For more information on iRacing and for special offers, visit iracing.com/worldofoutlaws.