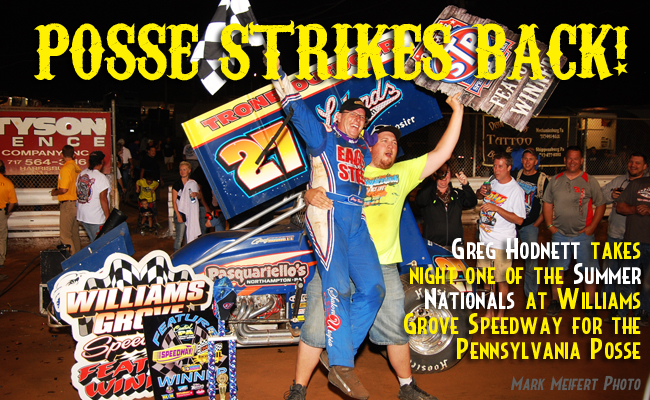 MECHANICSBURG, Pa. – July 19, 2014 –  After a three hour rain delay that pushed the start of the A main into the early hours of Sunday morning, Lance Dewease held off Donny Schatz to win night two of Summer Nationals at Williams Grove Speedway. Dewease’s win made him the 19th different World of Outlaws 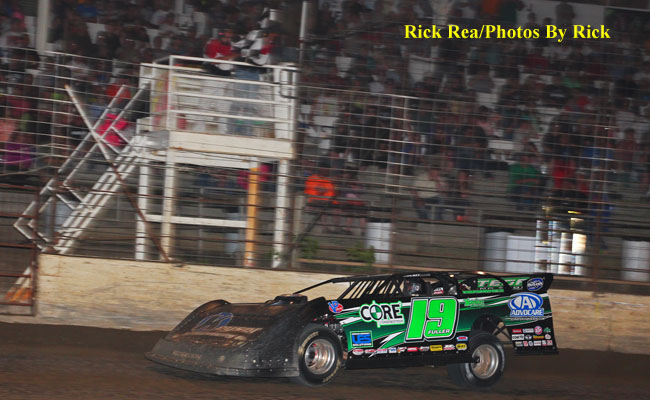