EDMONTON, Alberta – Aug. 27, 2011 – Kasey Kahne Racing’s Cody Darrah survived a wild night at Castrol Raceway, held off Steve Kinser on a green-white-checkered finish and earned the second World of Outlaws victory of his young career. Brad Sweet slipped past Kinser to give KKR a 1-2 sweep with Kinser, Chad Kemenah and 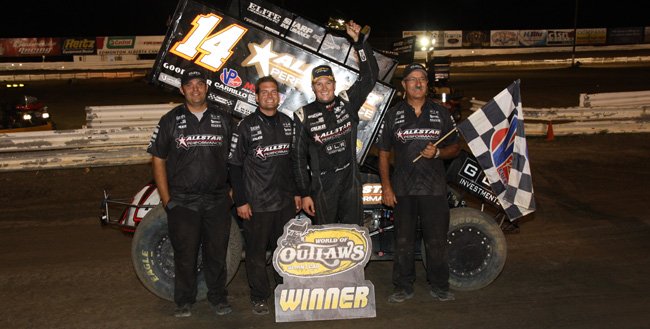 Meyers Powers His Way to Fourth Victory at Castrol Raceway Series points leader gets second victory in a row in Canada; Schatz second EDMONTON, Alberta — Aug. 26, 2011 — Jason Meyers was the quickest man by far on the first night of a two day show at Castrol Raceway in Edmonton, Alberta, Canada. In